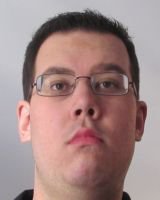 I learned today that my friend, and frequent midrange.com contributor, Lukas Beeler passed away recently.

I received an event invitation from Lukas’s Facebook account … but the content was in German. I ran it through Google’s translate function and, although far from perfect, the resulting text made mentioned “died in intensive care”. It also gave an email address for Gabriele Beeler.

I contacted Gabriele and asked for more details … Gabriele, who is Lukas’s mother, informed me that he had suffered an accident in the mountains. Although I’m not 100% sure, it sounds like he was hiking and fell. He was in a coma for 10 days after the accident and couldn’t be brought out of it.

Lukas was quite skilled in Windows & Linux, as well as IBM i (although he did grouse about the pricing … but who doesn’t). He was passionate about technology and was willing to help out when he could. He also contributed to this blog.

Lukas and I often debated technical issues in the midrange.com chat room. Although I didn’t always agree with his position, his ideas were always well thought out and had a sound basis. I’ll miss those debates.

I’ve asked Gabriele if there is a particular charity the Lukas’s family would like a donation made to … midrange.com will certainly make a contribution.